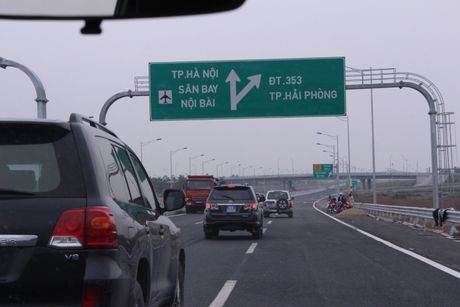 This is the information infrastructure development Corporation and the Vietnam financial investment (VIDIFI) officially announced this morning (16/3). Accordingly, the fees on the QL5 will range from 45,000 to 200,000 VND VND/weekly, up from 15,000 to 40,000 Dong/weekly.

Also in the Hanoi-Haiphong Highway, an average fee increase of 25% compared with the levels of pressure from early December, 2015. The highest rate is 840,000/weekly for truck load of 18 tons from over 40 container cars and fit for the line from the belt 3 to junctions TEL 356 (Family) and vice versa. Also with this online, charge for cars under 12 seats increased from 160,000 level/weekly up 210,000 VND/weekly. 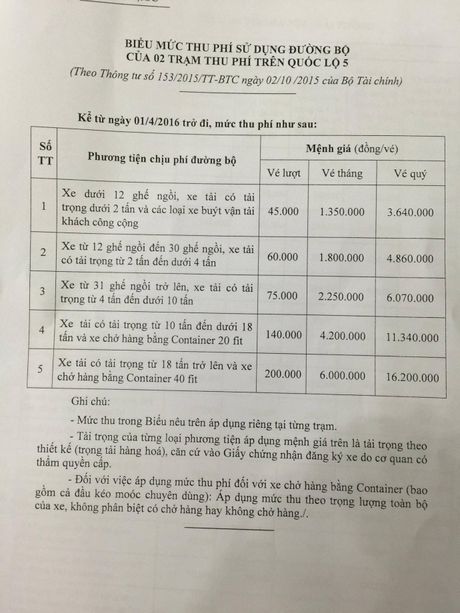 According to Van DAO, Chairman of fee increases, based upon VIDIFI specified in circular No. 153/2015/TT-BTC on 2/10/2015 of the Finance Ministry and the financial plan according to the Hanoi-Haiphong was the ministries for approval.

This is to adjust the level of costs according to the roadmap to increase road usage charges on financial regulation by the QL5 to maintenance, repairs to ensure traffic safety and the rest to QL5 payback under financial schemes of highway project Hanoi-Haiphong was the investment in the form of BOT contract. 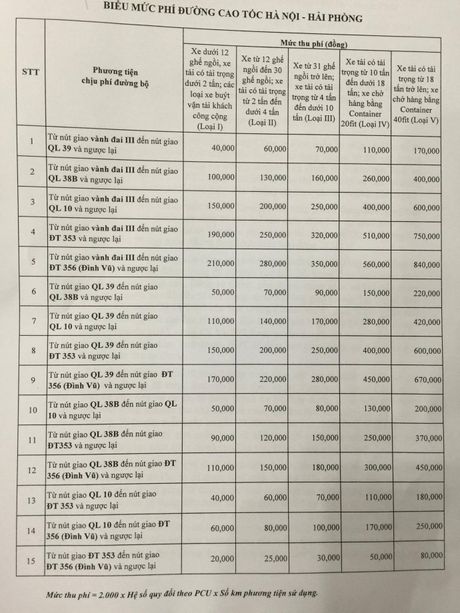 VIDIFI leader also said high speed project, Hanoi-Haiphong works effectively in very large economic and social, but financial difficulties. If no increase in fees under the financial plan has to be the ministries approved the financial plan does not guarantee and will not be enough to pay the bank interest rates.

"To recover the capital Highway Hanoi-Haiphong and repair, maintenance and improvement, and QL5 in conditions of limited State budget could not support add to the project should increase the highway charge Hanoi-Haiphong and QL5 couldn't perform," he said of war.