According to the Association of processing and exporting aquatic products Vietnam (VASEP), for 2 years, before the decline of consumption demand in the big tuna market and competition among the growing market, the Middle East, especially Egypt, to become the new destination for the tuna exporter. 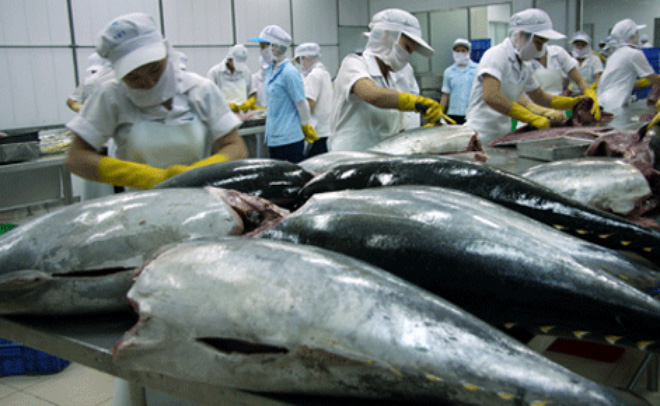 VASEP said by 2014, while the import of tuna of 20 largest world markets mostly fell, tuna imports of Egypt increased again. The total value of imports of tuna products in 2014 52246 tons, the equivalent of over more than 163 million, an increase of 31% in volume and 9% in value compared to the year 2013.

According to statistics of the International Trade Centre (ITC), currently in Egypt are imported tuna products from 17 countries of the world, which, led by Thailand, Indonesia and Vietnam. Egypt imports mainly canned tuna products, accounting for more than 99% of the total value of imports of tuna.

According to VASEP's value, in General, compared to major markets such as the EU, the us and Japan, the requirements for the processing of tuna products in Egypt. The Egyptian consumer favorites using simple products. Moreover, with the disadvantage on tariffs in European markets, redirecting exports to the new markets such as Egypt could see a potential new direction for the business.