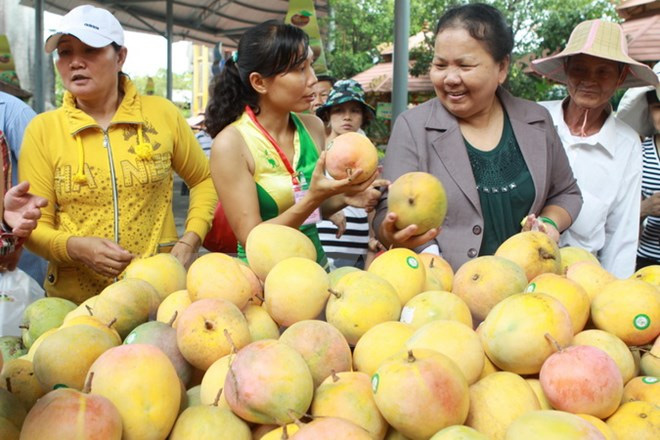 Tariffs include 9502 tax line, including tax-accordance line 9445 levels 8 and 57 lines of tax are detailed according to the level of 10.

Goods from the tax-free zone (including household work) imports into the domestic market to be the tax VKFTA tax VKFTA Expression must be in and have a certificate of origin of goods under the provisions of the Ministry of industry and trade (C/O VK).

Goods produced in the industrial parks Opened Up in the territory of the Democratic Republic of Korea (LOGICAL commodity) re import about South Korea and then export to Vietnam also enjoy tax incentives if there are items in LOGICAL notation in tariffs VKFTA; be imported and transported directly from Korea to Vietnam under the provisions of the Ministry of industry and trade; meet the rules of origin for goods especially in VKFTA; There are C/O KV in the words "Article 3.5" at no. 8 by the Customs Agency of South Korea.

The tax incentives in this tariff will be done from on December 20.

The Ministry of finance said in recent years, trade and investment relations between South Korea and Vietnam flourished.

Computer until February 2015, South Korea led on the number of projects and the scale of capital subscribed to on 4237 projects and 37.8 billion dollars. In 2014, the trade turnover between Vietnam and South Korea reached 28.8 billion u.s. dollars, put South Korea became the third largest trading partner of Vietnam after China and the United States.

The agreement was reached on the open commodity market in VKFTA on the basis of using the trade agreement's commitment to ASEAN-Korea (AKFTA) is expected to bring significant benefits for both countries.

For some items such as garlic, ginger, honey, red beans, sweet potatoes … (MFN tariff items is high from the 241-420%), South Korea has committed to open market for these products, creating significant advantages for Vietnam in comparison with the other competitors in the region.

Route delete tariffs from 3 years to 15 years was built on the principle of the domestic commodity demand to support the production, export, tariff cuts short route from 3-7 years; the items that are in the water produced will have the route delete tariffs to create conditions for the manufacturing industry in the country has time to develop, enhance their competitiveness.

According to the Ministry of finance, the implementation of tariff cuts will create conditions to the Vietnam business and FDI Korea imported raw materials with lower costs, improve the efficiency of imports serving the manufacturing industry, the main export; thereby increasing competitiveness when exporting.